After the completion of the fifth and final race in the inaugural SUP VIC / Surfing Victoria VICTORIAN FLAT WATER SUP CHAMPIONSHIPS (whew!) these are the final points results… but first, the winners in each category are:

NOTE: The top THREE placing points earning races for each competitor are used to decide the Champion in each class. Mens 12’6 Champion – Cam Hosking (3000 pts) 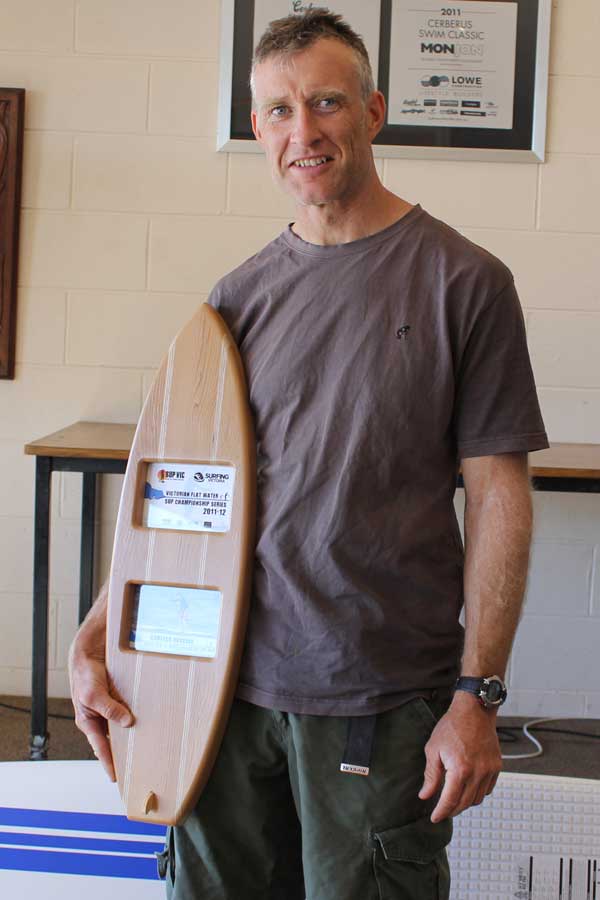 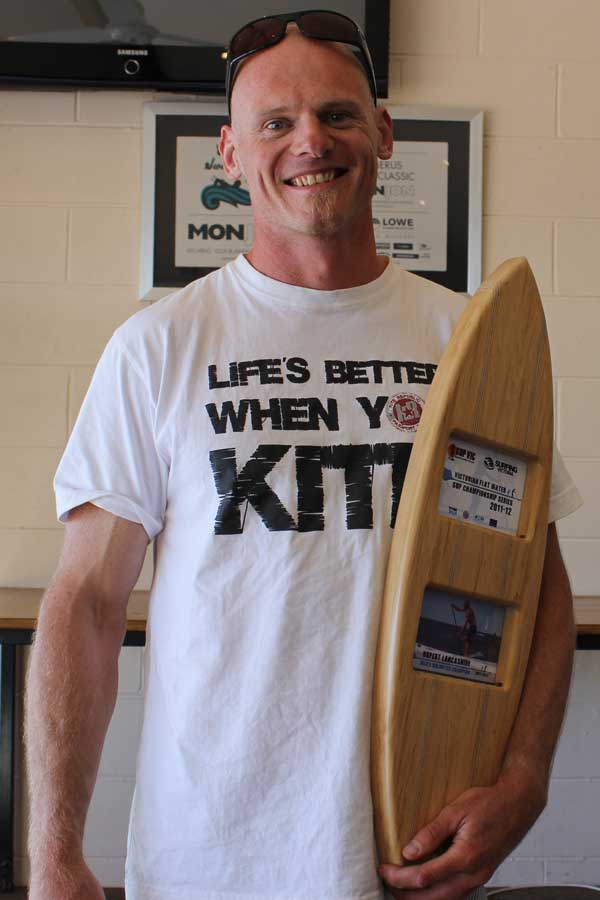 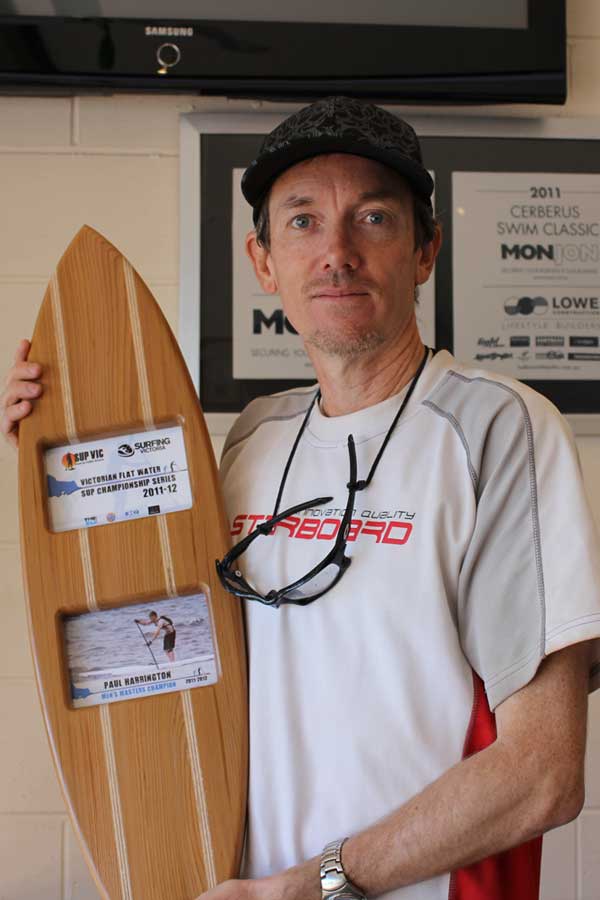 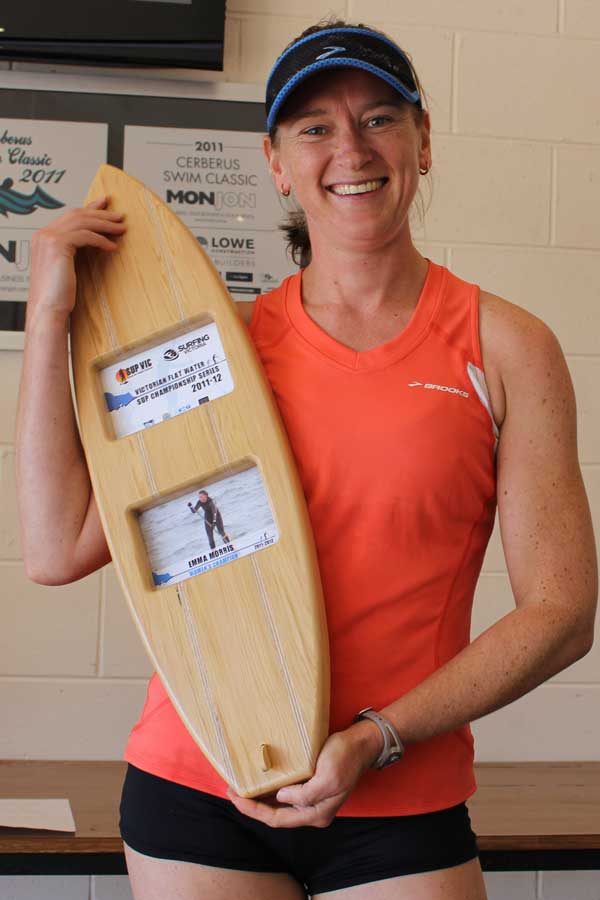 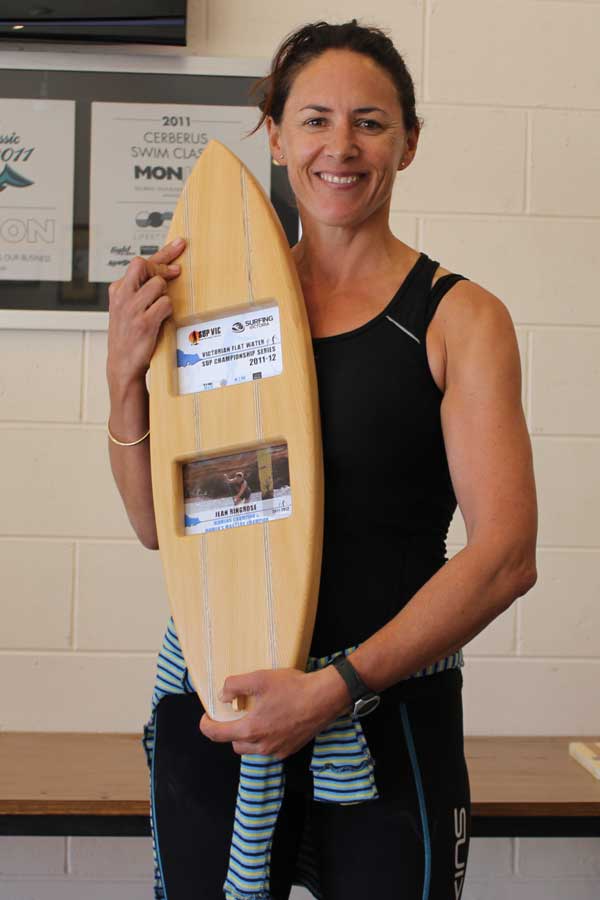 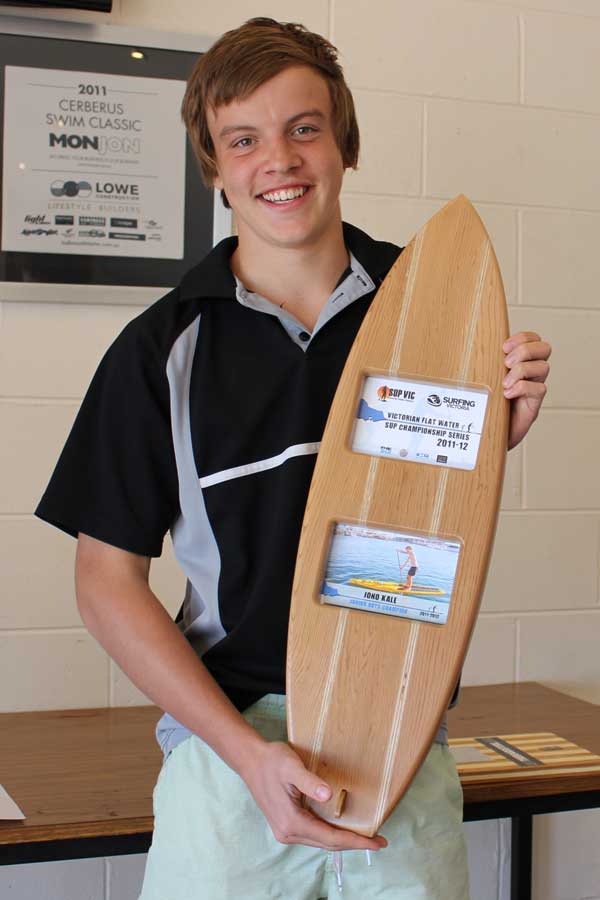 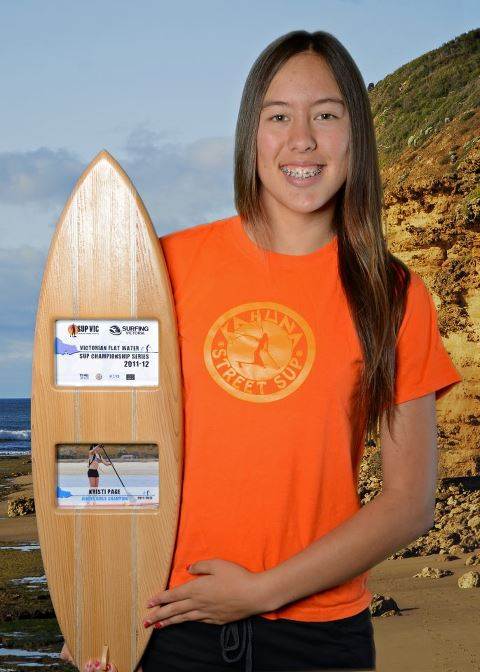 Here are the full table of results… 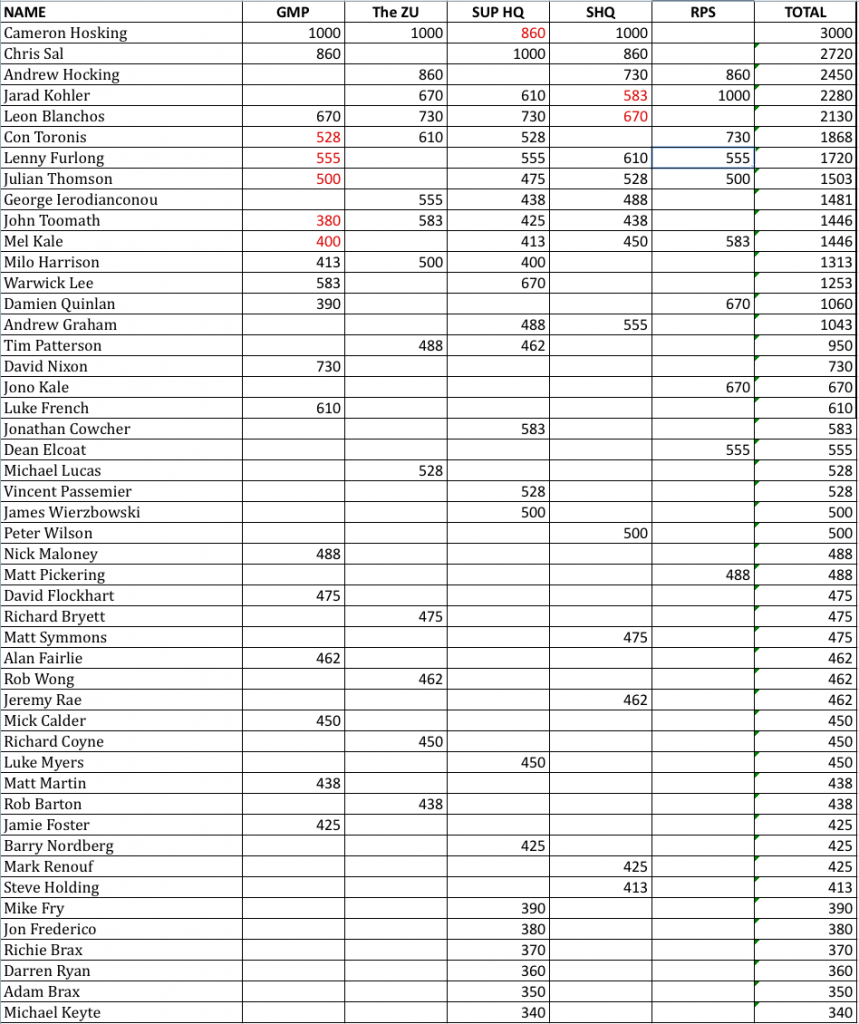 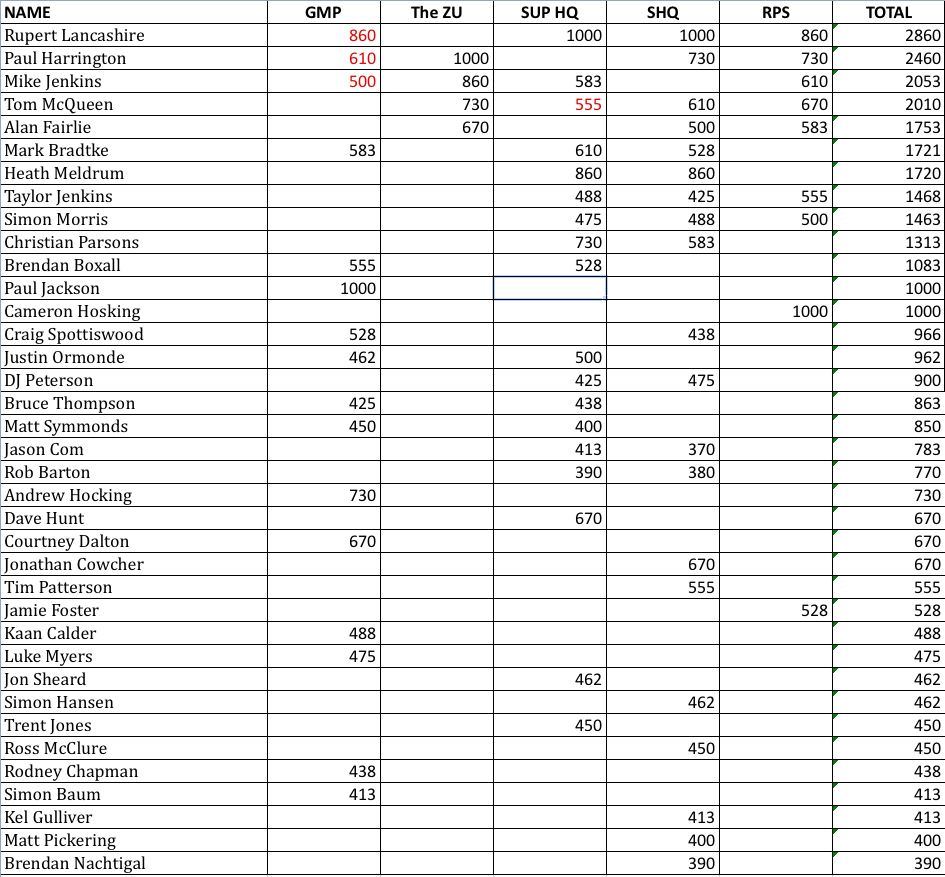 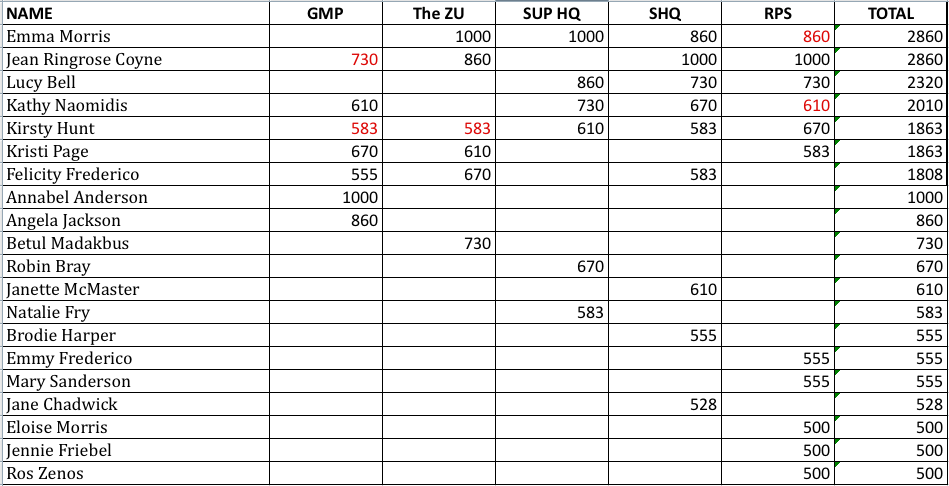 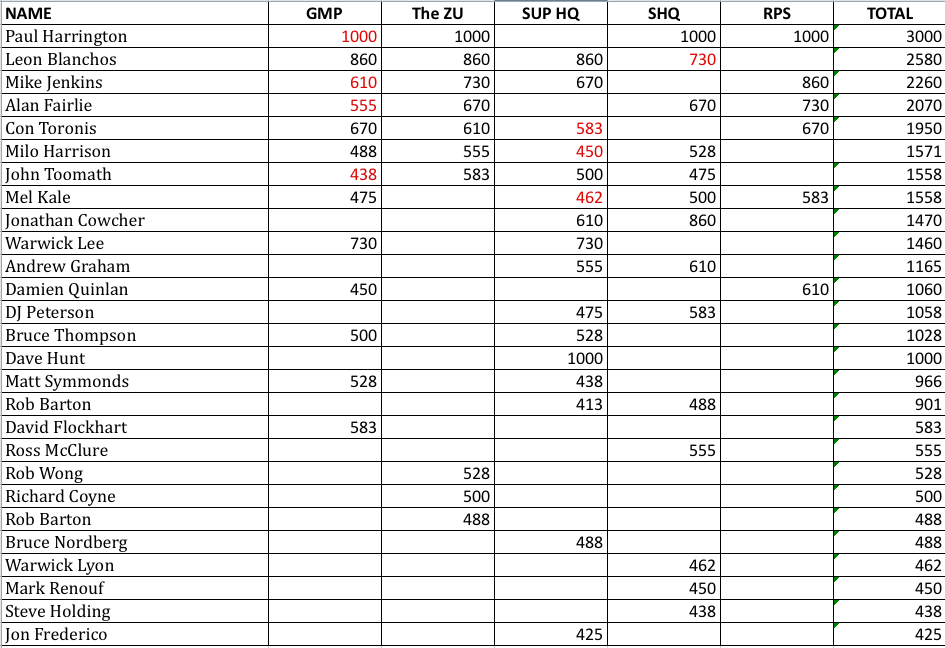 Congratulations to all that entered ANY of the races, a top effort, and we look forward to another exciting and challenging series in 2012-13. We are aiming to up the ante next season with longer courses, and an emphasis on the elite component of these races; races that form part of the series may within them also run shorter courses, however it is anticipated that most races will be longer, as the general level has improved across the board, and we will be aiming to make the series more relevant to State and National titles standards, bringing the race lengths to 8-15kms.  Keep an eye on the SUP VIC website as more is announced. – Tim Patterson, Series Co-Director. SUP VIC uses the points system as set out by Surfing Australia to tabulate standings.  If you would like to know more about the points sytem used, please contact info@supvic.com * Juniors Championship results are based on the performing performing male and female paddlers across the entire race series, and at times the race length differed to the elite race, and therefore may not be reflected in the table of results.  However the two winners clearly dominated the junior competition across the season.