Well, after many RPS events where we all slogged it out in tough conditions, Mother Nature was kind to us today with a magnificent day on the bay.  In still flat conditions, the final leg of the 2013 SUP VIC / Surfing Victoria Flat Water SUP Championship season was run and won at Green Point, Brighton. Chris Clarke once again showed he is a force to be reckoned with in his debut season, winning the Men’s Open, and Leon Blachos shook off the competition to win the Men’s Masters.  Bobby Furby won the Men’s 12’6″ and Robert Burns won the Senior Men’s divisions, with Craig Spottiswood taking out the non-raceboard category.  Jean Ringrose made it a clean sweep in the Women’s Open, winning every race she has entered this season.  Awesome effort.  Kathy Naoumidis won the Women’s Masters once again, showing nothing is going to hold her back!  Kristi and Jono took out junior girls and boys, respectively, ending off top seasons for both of them. Another fantastic day on the water, and a great finish to the series.  All eyes all now look to the Surfing Victoria State Titles next weekend… – Tim Patterson, SUP VIC 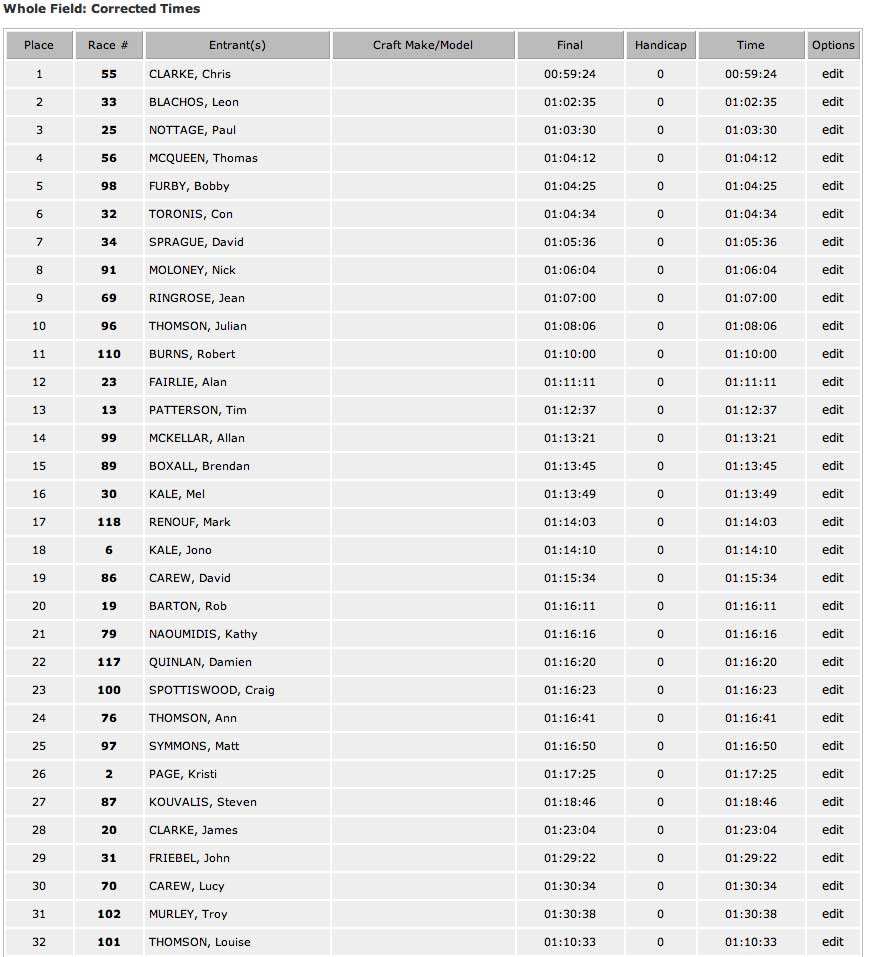 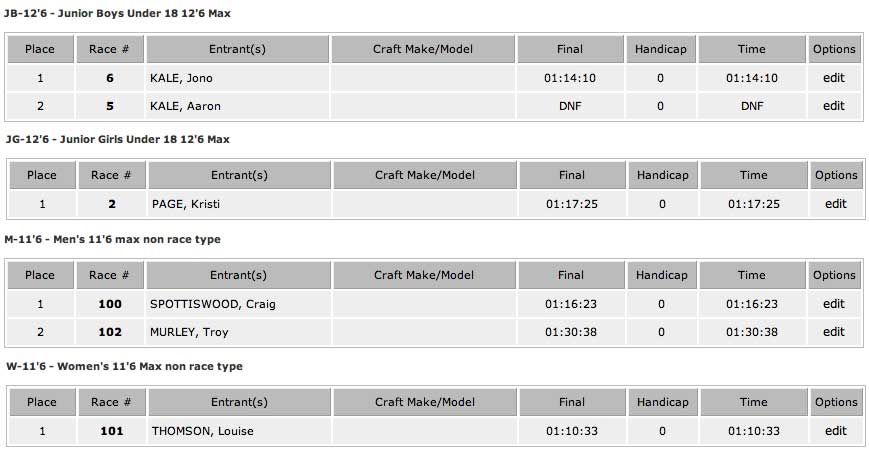 RPS the boardstore and SUP VIC remind everyone that the final race (Race 5 – postponed after the cancellation of the race on 19/12/12) will be held on Sunday February 24th at Half Moon Bay.  YES! a return to the familiar waters of Black Rock to close off the 2012-13 SUP VIC / Surfing Vic Flat Water SUP Championship Series.

Come and have a go if you haven’t raced before or encourage and friends to come and have a crack at the social race. There will also be a separate kids race, so don’t leave the rugrats at home. “The Last Stand” will see paddlers in certain divisions battling it out for the distinction of division winner, whilst giving other paddlers the opportunity to enjoy the shoulder to shoulder racing experience in the season ending race event. In addition to the main race, there will also be a social race and a separate kids race [ conditions permitting ].

SUNDAY 17th February – This event has something for everyone. Taking in the flat water of the Barwon River, the tricky swell off Barwon Heads and some downwind madness in between, this year’s Battle of Barwon Heads will challenge novices and pros alike, with options for paddlers of all abilities. By popular demand, this year’s event also welcomes back the Battle of Barwon Heads SUP race, comprising an 8km circuit on the Barwon River. This race will be part of the SUP Victoria Flatwater Championship Series. more…
http://www.supvic.com/wp-content/uploads/2013/02/BOBH1.jpg 400 600 SUP Vic http://www.supvic.com/wp-content/uploads/2013/06/SUPVIC_Logo_B.png SUP Vic2013-02-11 22:19:372013-03-21 14:11:03Outlaw Paddle - Battle Of Barwon Heads

Okay, so the weather didn’t allow for the Cruise to actually go down to the Carberus, but instead stayed within the relative shelter of Sandringham Marina and beyond, with two laps of a 2.2km circuit on the northern side of Sandringham Yacht Club. The shortest race of the SUP VIC / Surfing Vic Flat Water SUP Championship Series, of which this was Race #5. More: http://www.supvic.com/2013-shq-cruise-to-the-cerberus-results/
http://www.supvic.com/wp-content/uploads/2013/02/SHQ-banner1.jpg 400 600 SUP Vic http://www.supvic.com/wp-content/uploads/2013/06/SUPVIC_Logo_B.png SUP Vic2013-02-03 16:28:522013-03-21 14:11:09SHQ Race To The Cerberus Results & Report